Grange Calveley is a British writer and artist who is best known as the creator of the BBC’s animated television series Roobarb and SkylArk.

He also wrote and provided the character drawings for the revival series Roobarb and Custard Too.

The Roobarb cartoon is loosely based on Grange’s own dog, a Welsh Border Collie. Custard, Grange tells us, was drawn after the huge cat who lived next door. The BBC, who sold the Roobarb programs to more than 40 countries, also commissioned the original television series.

In Grange Calveley’s book, ROOBARB An illuminated biogwoofy we discover how the real dog would leap up into the fork of a tree and how the dog’s antics became part of the TV cartoon’s opening title.

Grange Calveley’s One to five books, for children aged between one and five, include Birthday Books and Picture Books titles.

The easy writing style, with no mention of gender – not a ‘he said’ nor a ‘she said’ to be found anywhere – follow the adventures of One, Two, Three, Four and Five and their cloth dog, Ragamuffin.  So, when you are reading a One to five book together with a boy or girl (or both) – you decide whether the characters in the stories are girls or boys. The drawings are fun too and the books include a ‘web-link invitation’ for you to print black and white character drawings – to paint, crayon or to cut out – direct from your home printer.

One to five Picture Books – for children, parents and carers to share.

It should be said that Grange works together with Graphic Designer and Typographer,Rob Bosschieter on his One to five books. Grange writes and illustrates story lines while the type and page styling is Rob’s domain. 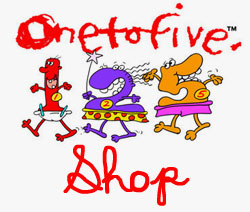 ‘When Roobarb made a spike’ was my 1973 pilot film that led the way to the now famous animated Roobarb BBC television series. The wobbly green dog first bounced onto Britain’s TV screens in 1974 and within two weeks of its debut on BBC TV, the show had attracted a regular seven million viewers – adults as well as children.

Books! Perfect Gifts for young ones 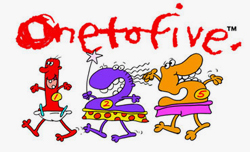 These wonderful books written and illustrated by Grange Calveley, tell the tales of five birthday chums.
There are five Birthday Books to choose from. 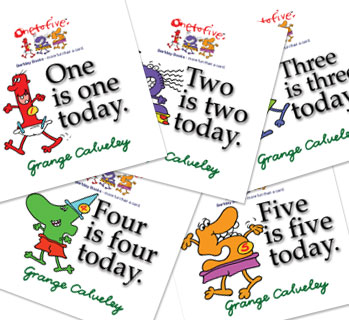 Roobarb and Custard Too, second series 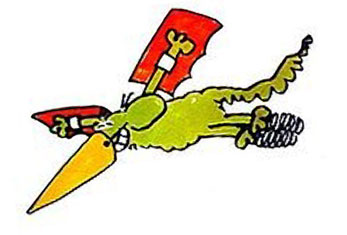 The Roobarb series success led the way to a new series, Roobarb and Custard Too that debuted on channel Five in 2005.
‘Read all about it ’ in my book ROOBARB – An illuminated biogwoofy. 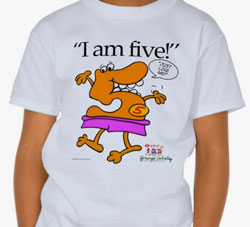 The Grange Calveley store is packed with birthday goodies for kids aged 1 to 5. From cards to mugs, badges to tshirts and more. Shop now online

New Roobarb out now on Apple 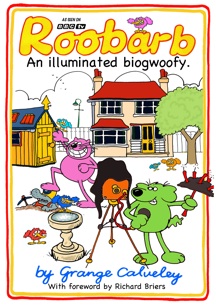 Packed with lots of ’behind the scenes’ snippets, illustrations and photos, this newly edited book is the complete read for Roobarb fans young and old. Grab your digital copy now!

Noah and Nelly in … SklArk 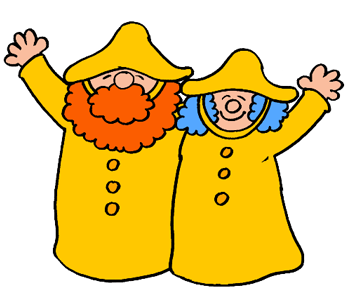 Nutty Noah, Captain of the SkylArk consults his map and randomly picks out a place to visit with a dart. The SkylArk then travels to its destination on land, by air, on the sea or underwater. Each plot finds the SkylArk's crew discovering a bunch of odd characters (such as talking money) – always moaning about a problem. Every story sees Noah's wife Nelly solving the problem with her knitting skills. Noah and Nelly in SkylArk Witty scripts by Grange Calveley, narrated by Richard Briers and directed by Bob Godfrey. Completely mad and no doubt before its time.

Welcome to the Grange Calveley website, my allotment in space. This is where I grow all my ideas. I have seed trays bursting with new ideas and I enjoy exhibiting the pick of my old favourites, Roobarb and SkylArk - both slightly faded now but still a good harvest of fun. Anyway, please come in have a dig around.